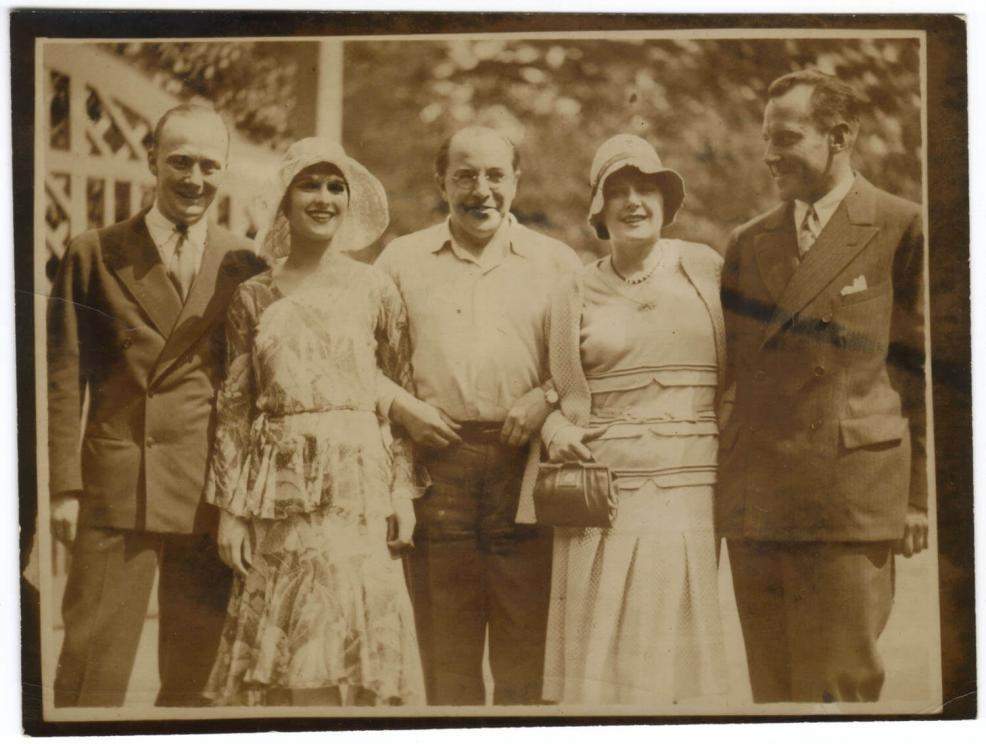 Brooks crossed out the stamps for the James Card Collection and George Eastman House, Inc., which was her custom when reclaiming one of her photos which had been stolen by Card.

She has annotated this photo as 1929 Lorelle Studio, Prix de Beaute - 1930– indicating that it was taken in 1929 by Studio Lorelle in Paris, during film productuion for Prix de Beaute, which was released in 1930.

But I believe this might actually be Berlin, instead- and earlier in the Summer of 1929, during production for Diary of a Lost Girl.  Louise's friend Karl von Bleck aka "The Eskimo", is to her right.