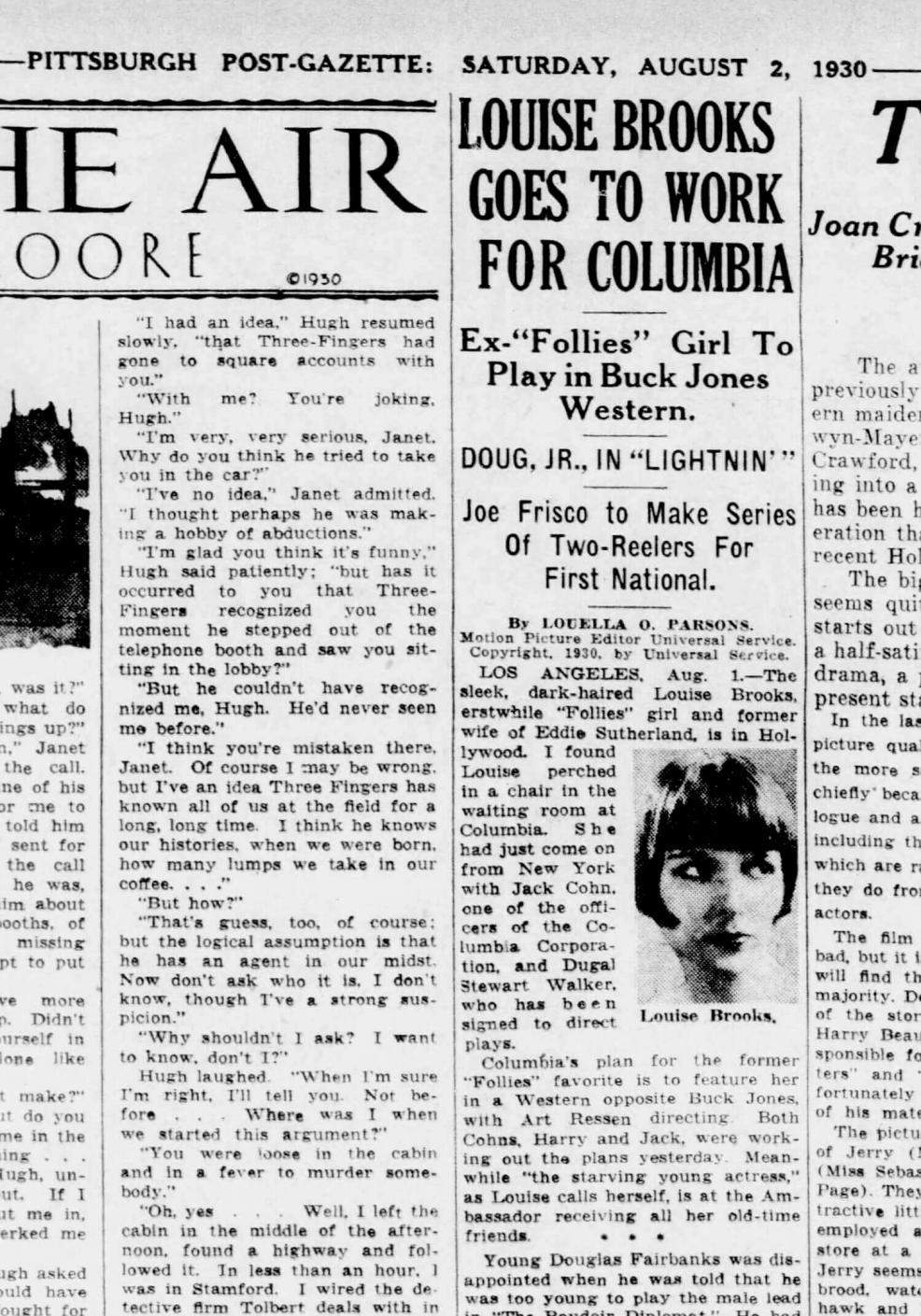 Los Angeles, Aug. 1
The sleek, dark-haired Louise Brooks, erstwhile "Follies" girl and former wife of Eddie Sutherland, is in Hollywood. I found Louise perched in a chair in the waiting room at Columbia. She had just come from New York with Jack Cohn, one of the officers of the Columbia Corporation, and Dugal Stewart Walker, who has been signed to direct plays.
Columbia's plan for the former "Follies" favorite is to feature her in a Western opposite Buck Jones, with Art Ressen directing. Both Cohns, Harry and Jack, were working out the plans yesterday. Meanwhile "the starving young actress," as Louise calls herself, is at the Ambassador receiving all her old-time friends.