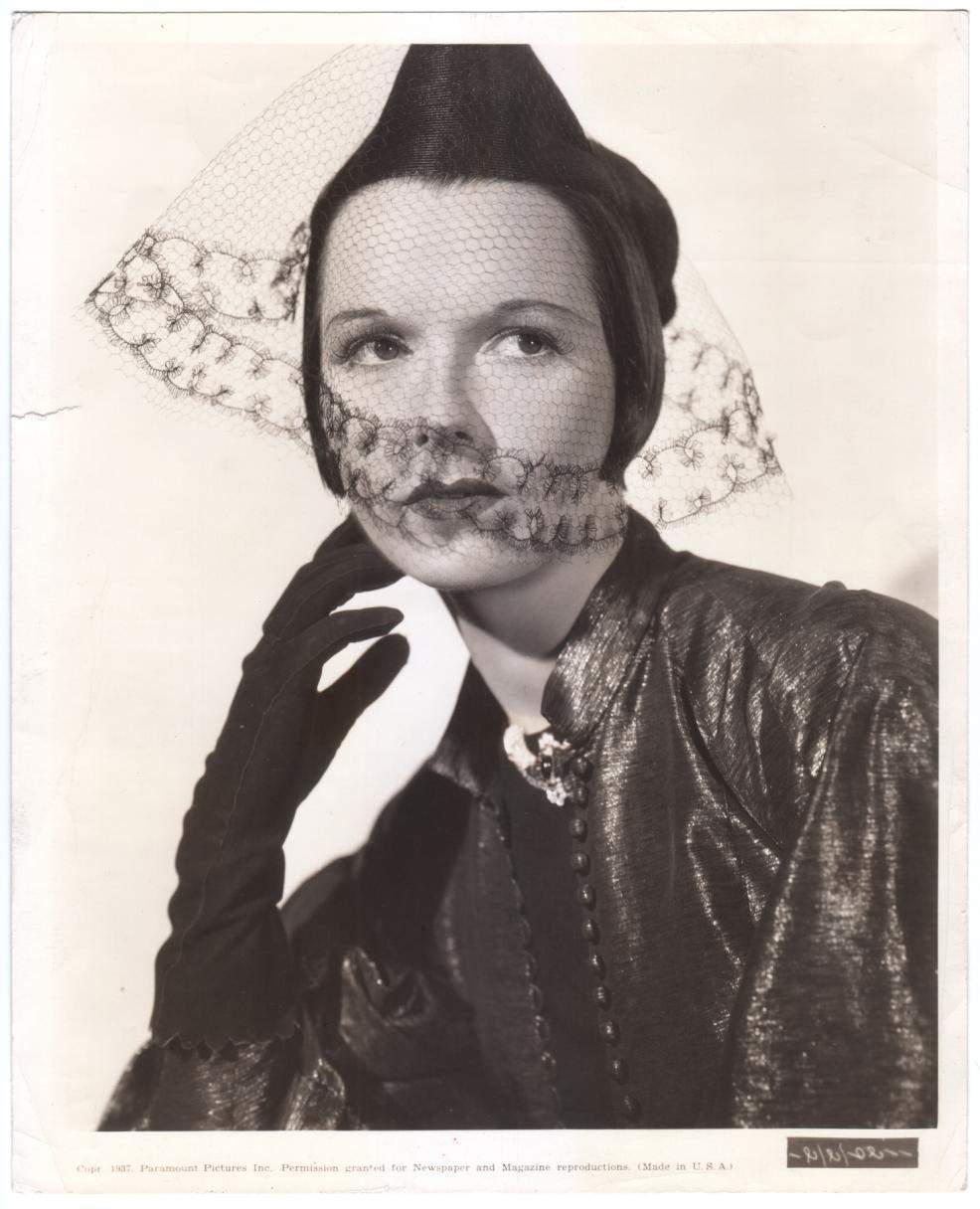 1937 Louise Brooks King of Gamblers Publicity Still
BACK ON THE SCREEN - Louise Brooks, film star of the silent motion picture days, who, after portraying a brief role in Paramount's "King of Gamblers", announced that she is in the market for roles in other productions.
During the making of scenes in which she appeared it was discovered that Miss Brooks possesses an almost perfect recording voice.