1965 Letter from Louise Brooks to Frank 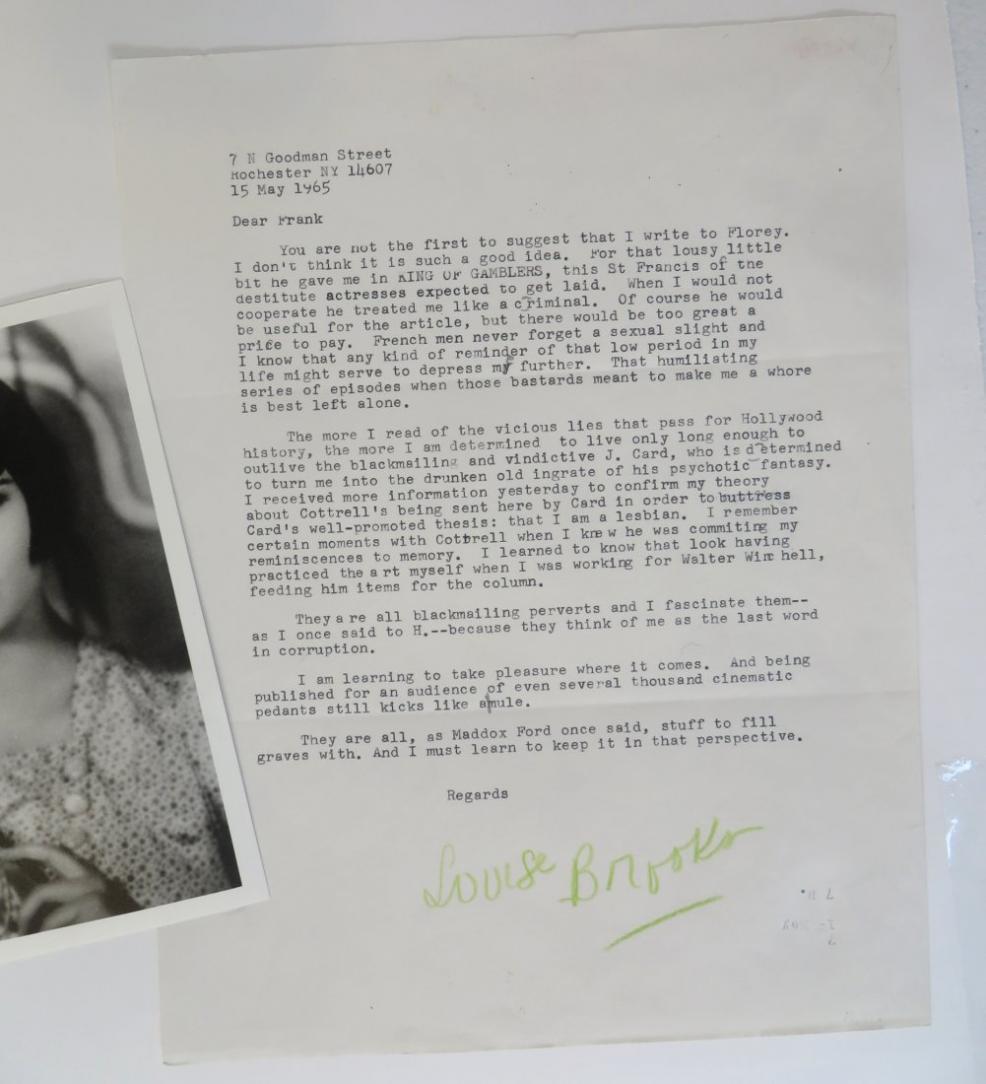 You are not the first to suggest that I write to Florey. I don't think it is such a good idea. For that lousy little bit he gave me in KING OF GAMBLERS, this St Francis of the destitute actresses expected to get laid. When I would not cooperate he treated me like a criminal. Of course he would be useful for the article, but there would be too great a price to pay. French men never forget a sexual slight and I know that any kind of reminder of that low period in my life might serve to depress me further. That humiliating series of episodes when those bastards meant to make me a whore is best left alone.

The more I read of the vicious lies that pass for Hollywood history, the more I am determined to live only long enough to outlive the blackmailing and vindictive J. Card, who is determined to turn me into the drunken old ingrate of his psychotic fantasy. I received more information yesterday to confirm my theory about Cottrell's being sent here by Card in order to buttress Card's well-promoted thesis: that I am a lesbian. I remember certain moments with Cottrell when I knew he was committing my reminiscences to memory. I learned to know that look having practiced the art myself when I was working for Walter Winchell, feeding him items for the column.

They are all blackmailing perverts and I fascinate them- as I once said to H.- because they think of me as the last word in corruption.

I am learning to take pleasure where it comes. And being published for an audience of even several thousand cinematic pedants still kicks like a mule.

They are all, as Maddox Ford once said, stuff to fill graves with. and I must learn to keep it in that perspective.